No fewer than 1,000 youths of the All Progressives Congress from the Southern Ijaw Local Government Area of Bayelsa State have defected to the Peoples Democratic Party ahead of the 2015 Gubernatorial race in the State. 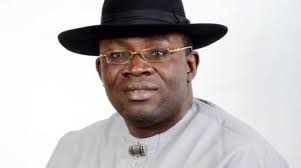 PUNCH newspaper reports that they were received into the party by Governor Seriake Dickson at the Government House on Sunday.

Dickson told the youths that the future of the state and the Ijaw nation was in their hands even as he challenged them to stand firm and defend their votes in the forthcoming governorship election.

He said that anyone who loved the Ijaw nation would not have anything to do with the APC and congratulated them for dumping the party for the PDP.

The governor renamed the defected APC youths as Patriotic Bayelsa Youth Forum while describing the leader of the youths, Okilo Matthew, as a true Ijaw man.

Dickson said he would help them to increase their membership and become relevant in the state.