About 200 trade associations in Yobe state on Wednesday said they would buy nomination form for Governor Ibrahim Gaidam to re-contest in 2015 election.

Alhaji Yusuf Haruna, Coordinator of the associations, told newsmen in Damaturu that the gesture was based on Gaidam’s performance from 2009 to date.

"On behalf of the over 200 associations and groups, I wish to inform you that we have volunteered to purchase nomination form for the post of governor for Alhaji Ibrahim Gaidam to contest in 2015," Haruna said.

He said the associations had endorsed the governor to ensure continuity of the infrastructure development in the state.

"All of us here representing the 200 associations have testified that Yobe assumed the status of a state with viable socio-economic development from 2009 to date. We as a people recorded development under this administration and will want to have continuity for an improved life," he said.

He lauded Gaidam’s policies and programmes such as the free medical programme for pregnant women and children, roads construction, housing and agricultural development.

"Under this administration, we recorded good governance and service delivery to the people and therefore we are agitating for continuity," the coordinator said. 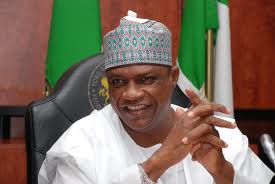 M
Politics I Don’t Have N20m In My Account, Says el-Rufai As Groups Donate Nomination Form To Him - The Cable News