Politics 2015: UPP Ready to Form Alliances With Any Political Party

The United Progressive Party (UPP) says it is ready to form alliance with any interested political party ahead of the 2015 general elections.

The National Chairman of the party, Chief Chekwas Okorie, said this in Enugu on Saturday at a reception organised for him by party stalwarts.

Okorie said the party had put in place its traditional structures ahead of the elections.

According to him, members of the party represent over 25 per cent of the voting population across the country.

Okorie said that in the absence of an alliance by interested parties, UPP would field candidates to contest various positions in the elections.

"UPP is very ready for the 2015 general elections but if per chance there is an alliance because it is always a possibility, then we will come in to ensure a blend. But if not, we will field candidates for the presidential election and others,’’ he said.

On the forth coming 54th Independence anniversary celebration of the country, the national chairman called on Nigerian leaders to reflect on the past with a view to improving the future.

He appealed to the Federal and State Governments to create more jobs for youths in the society.

"We have to thank God for being together. This is a time of deep reflection because it is coming at a time when the general elections are around the corner.

"Nigerians should decide on whether they should remain the way they are or use their God-given franchise, which is their ballot papers, to effect positive changes,’’ Okorie said.

He also called on government, security agencies as well as individuals to step up the fight against insurgency in the country. 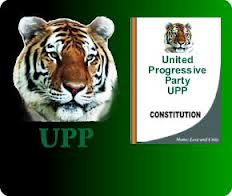