The Senate on Wednesday frowned at the N83 million allocated to meals and refreshment by the Standards Organization of Nigeria in the 2016 Budget proposal of the agency, Dailypost reports‎.

The Chairman of the Senate Committee on Trade and Investment, Senator Sam Egwu, said such amount was outrageous considering the economic situation of the country.

Egwu also queried the rationale behind over N100 million allocated for overseas monitoring and evaluation by the same agency. 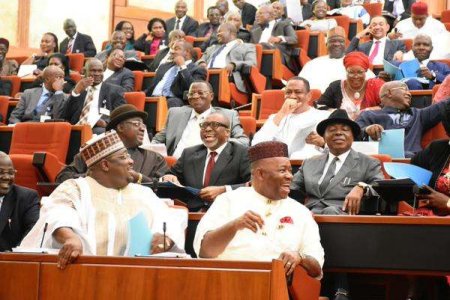 Defending the budget of N10.3 billion of the agency‎, the Director General, Dr. Joseph Odumodu, said SON wished to optimally explore its revenue generating arm and would add about N120 million into the consolidated revenue account at the end of the fiscal year.

Odumodu also said there was a need to strengthen the states offices of SON for better efficiency and that SON also wanted to exploit the SON act of 2015, which empowered it to prosecute and send to jail all those involved in the manufacturing and importation of substandard goods.