Tragedy struck in Yalwawa Quarters in Dutse, the Jigawa state capital, after a 300 level student of the Federal University in the state, Bashir Musa was killed while fighting over a girlfriend. 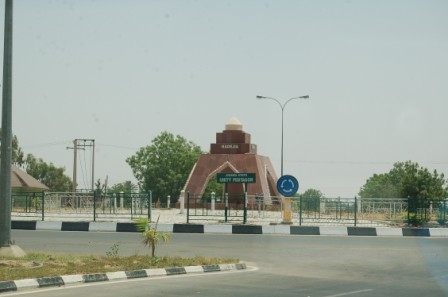 Trouble started last Friday when the deceased girlfriend, Aisha Sale, a student of Jigawa state Polytechnic who is alleged to be dating six others from the same university paid one of her boyfriend a visit in Yalwawa Quarters in Dutse.

It was learnt that the other boys including Musa who got wind of her visit stormed the house of the other boyfriend and a fight broke out leading to the death of the deceased.

Reacting to the incident, the Registrar of the university, Yusuf Ademu in a statement said the institution will make its position known to the public when the police are done with their investigation.

Metro FUTA students who ganged up to beat a 100 level female student have been identified and arrested, see their photos (videos) – Linda Ikeji’s Blog

Metro EXPOSED!!! See The Real Reason The Female FUTA Student Was Beaten To Pulp By Her Colleague – Naijaloaded