Sa’ad Bello, NEMA coordinator in Adamawa confirmed this number of losses to Premium Times in a telephone conversation on Wednesday. 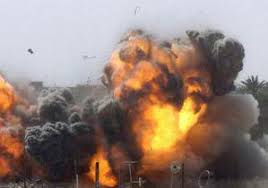 The blast happened at the gate of the market close to tipper garage in the evening as traders left the market.

A witness, Hamid Dogo, said the suicide bomber detonated the bomb in front of a woman who sold cooked food.

“The woman and her son Chidinma died on the spot. I was part of the people that help in the victims,” he said

“The man, we suspect, was giving bean cake to almajaris and the next thing was a blast,” Mr. Hamid said.