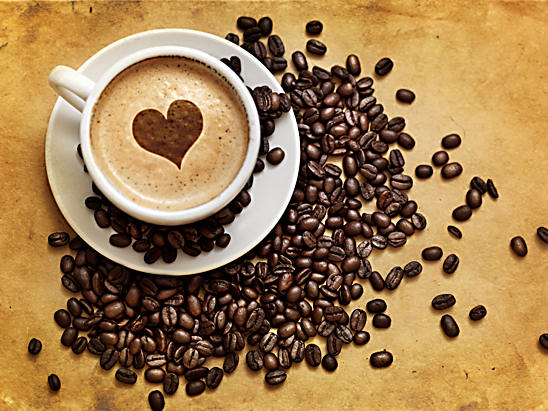 Much has been said about the dangers of coffee drinking and it has been blamed for many health problems including heart disease and cancers. Even though the coffee culture is quite accepted in several countries in the world, with 54 percent of American reported to be habitual coffee drinkers, the culture is not as accepted in Nigeria probably due to the fear of the health consequences of taking coffee.

It is important to note that coffee drinking is not as bad as it has been painted to be. Infact, more recent studies such as the one done by the Harvard School of Public Health has found no link between the consumption of coffee and the risk of death from any cause whatsoever, including from cancer. The study shows in particular that drinking as much as six cups in a day does not result in a higher risk of death. Of course, this does not mean coffee drinking does not pose any health risk at all (which food doesn’t?). High consumption of unfiltered coffee can lead to mild increase in cholesterol levels. Other problems are with people that may have a genetic mutation that slows down the process of caffeine breakdown in the body.

Many of the previous studies that linked coffee drinking with heart diseases and cancers have been challenged in the face of recent studies because most of these previous studies did not take into account the high-risk lifestyles of the participants in the studies which were responsible for the health hazards they were faced with and not the coffee.

Coffee and the Brain

Coffee has been shown to be great for short term recall. In the long term, it has also been found to protect the brain. People who take 3 – 5 cups of coffee everyday were found to be less likely to develop Alzheimer’s disease compared to those that don’t. Some few studies also show that regular coffee drinkers are less likely to develop dementia. It has also been shown to reduce the risk of depression and Parkinson’s disease.

Contrary to the belief that coffee causes cancer, the reverse is actually the case. Coffee has been found to be protective against cancers. It significantly reduces the risk liver, oesophageal, pharyngeal and oral cancers.

The Harvard Medical School found that those that regularly drank coffee had a 50 percent lesser chance of developing liver cancer compared to those who don’t drink coffee.

Different studies have shown a link between coffee drinking and lesser risk for Type 2 Diabetes. One study shows that just a cup of coffee in a day can reduce the risk for diabetes by 7%, while other studies shows that taking as much as 4 cups and above in a day can lessen the risk by as much as 50 %.

Considering all these benefits, you will agree that the benefits of drinking coffee outweigh the few risks. You must however know that adding sugar and milk to coffee increases the calorie content, so you should do these in moderation.

Was this research paid for by Nestlé?

TheLeftWing said:
Was this research paid for by Nestlé?
Click to expand...

That's uncertain but not impossible. However, the article is not sponsored.

Nestle is not even a major player in the coffee market globally so if anyone will sponsor the study, it wouldnt even be Nestle. The point however is not in who sponsored it but the results of the research which has been corroborated by different studies

General Health Drinking This Many Cups of Coffee a Day is Actually Dangerous – Health.com

E
Business The Best Way to Save Money

General Health There’s Evidence Coffee Acts on Your Brain Like Cannabis, But in Reverse – ScienceAlert