From Nigeria, to Iran, Saudi Arabia and other world countries, there have been several uproars among Islamic followers and leaders believed to be sectarian disputes in the world.

The recent cases was the Shiite/Military attacks in Nigeria, ad the execution of Shiite cleric in Saudi Arabia, a country believed to be Sunni Nation.

WHO ARE SUNNI and SHIA (Shi'ites) in Islam?

Sunni and Shia Islam are the two major denominations of Islam. The demographic breakdown between the two denominations is difficult to assess and varies by source, but a good approximation is that 85-90% of the world's Muslims are Sunni and 10-15% are Shia, with most Shias belonging to the Twelver tradition and the rest divided between many other groups. 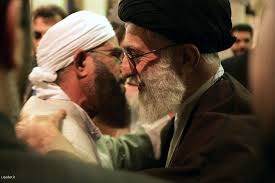 The historic background of the Sunni–Shia split lies in the schism that occurred when the Islamic prophet Muhammad died in the year 632, leading to a dispute over succession to Muhammad as a caliph of the Islamic community spread across various parts of the world, which led to the Battle of Siffin. The dispute intensified greatly after the Battle of Karbala, in which Hussein ibn Ali and his household were killed by the ruling Umayyad Caliph Yazid I, and the outcry for revenge divided the early Islamic community. Today, there are differences in religious practice, traditions, and customs, often related to jurisprudence. Although all Muslim groups consider the Quran to be divine, Sunni and Shia have different opinions on hadith.

NigerianBulletin brings 5 major distinctions between Sunnis and Shiaīs which can be seen through observation:

Shia are sometimes recognizable by their names, which are often derived from the names of Ahl al-Bayt. In particular, the names Fatima, Zaynab, Ali, Abbas, Hussein, and Hassan are disproportionately common among Shias, though they may also be used by Sunnis. Umar, Uthman, Abu Bakr, Aisha, Muawiya, Yazid being the names of figures recognized by Sunnis but not Shias, are commonly used as names for Sunnis but are very rare, if not virtually absent, for Shias.

Sunnis are a majority in most Muslim communities: in Southeast Asia, China, South Asia, Africa, and most of the Arab world.
While Shia make up the majority of the citizen population in Iraq, Iran, Azerbaijan, and Bahrain, as well as being a politically significant minority in Lebanon. Azerbaijan is predominantly Shia; however, practicing adherents are much fewer.

When prostrating during ritual prayer (salat), Shias place their forehead onto a piece of naturally occurring material, most often a clay tablet (mohr), soil (turbah) at times fromKarbala, the place where Hussein ibn Ali was martyred, instead of directly onto a prayer rug. There is precedence for this in Sunni thought too, as it is recommended to prostrate on earth, or upon something that grows from the earth.

Twelver Shia permit Nikah mut‘ah—fixed-term temporary marriage— which is not acceptable within the Sunni community, the Ismaili Shia or the Zaidi Shia and is believed a planned and agreed fornication. Twelvers believe that Mutah was permitted until Umar forbade it during his rule. Mutah is not the same as Misyar marriage or 'Arfi marriage, which has no date of expiration and is permitted by some Sunnis

Both Sunni and Shia women wear the hijab. Devout women of the Shia traditionally wear black and yellow as do some Sunni women in the Gulf. Some Shia religious leaders also wear a black robe. Mainstream Shia and Sunni women wear the hijab differently. Some Sunni scholars emphasize covering of all body including the face in public whereas some scholars exclude the face from hijab. Shias believe that the hijab must cover around the perimeter of the face and up to the chin.[40] Like Sunnis, some Shia women, such as those in Iran and Iraq, use their hand to hold the black chador, in order to cover their faces when in public.

Money What are the main differences between casino and sports betting bonuses?