Governor Ibrahim Gaidam of Yobe State and his Kano, Jigawa, Kebbi and Zamfara States’ counterparts have congratulated the Kingdom of Saudi Arabia and its leadership as the country marked its national day at the weekend.

Speaking on behalf of the other governors who attended the ceremony organised by the Saudi Consulate in Kano at weekend, Gaidam said the Saudi National Day celebrations “offer opportunity for deep reflection on the milestones that have been achieved by the kingdom…and for the review of the historic cultural ties between Saudi Arabia and Nigeria.”

The governor, who travelled down memory lane to situate the relations between the old Kanem Borno Empire, comprising of present day Borno and Yobe States with the Kingdom of Saudi Arabia, said relations between Nigeria and Saudi should continue to wax stronger. 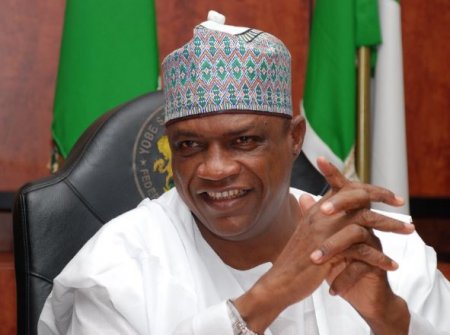 “We should continue to diversify and strengthen these relations for the mutual benefit of our countries,” he said.

The Vice Consul-General of the Saudi Consulate, Alghamdi, said relations between Nigeria and Saudi Arabia has been growing for many years and would get even stronger in the years ahead.