5 Strong Reasons Why Naira Will Keep Falling Against The Dollar 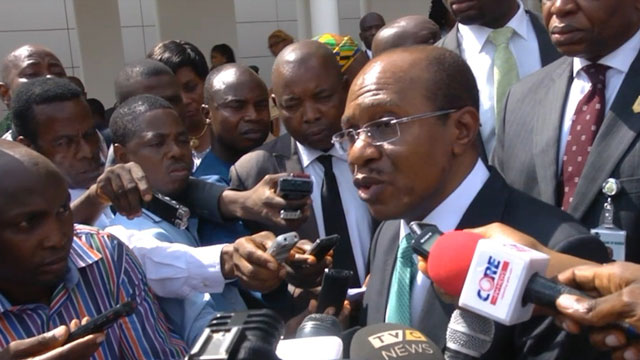 The Nigerian Naira, quite obviously, has been depreciating steadily against major currencies (dollar, pounds, etc) of the world over the past few decades. In the 70’s and early 80’s one naira was approximately two dollars . In the early 90’s it had fallen to N10 per dollar and by year 2000 it has was over a hundred naira to one dollar. Currently, the currency exchanges at over 300 to the dollar.
The reason for this isn’t far-fetched - for some reasons Nigeria prefer import to produce, and export; and as the country’s population increases the demand for imported goods increased.

Due to the unbalance of import to exported goods, the demand for dollar is always on the rise, which generally causes a continued depreciation of the naira. Depreciation is steadfast at the parallel market and the gap between naira’s value at the parallel and official market widens easily due to this imbalance. To checkmate this, the CBN has devalued the currency a number of times, only for the same thing to happen years later. This trend has continued since the 90’s and here are 5 reasons why it will continue, until something effective is done.

The infrastructure on ground doesn’t support the production and manufacture of goods in Nigeria. Bad transportation networks and facilities, inadequate power supply coupled with an unfavourable climate to run businesses make it hard for goods to be produced in Nigeria. As a result Nigerians turn to other countries to get stuff that aren’t easily available in the country. This includes products like rice, toothpick, turkey and other goods that can be produced locally.

Moreover, the demand for goods is ever present and needs to be met. If there isn’t infrastructure to support poultries, toothpick-making factories, rice farms, and so on the need to export these products will always be on the rise. This will cause the naira to continue depreciating against the dollar.

There’s a lot of round tripping going on at the Nigerian forex market. People buy dollars at the official market and sell at an inflated price on the parallel market. This has caused the gap between the official market and the parallel market to keep widening, resulting in the weakness of the naira. The CBN has put some measures in place to checkmate this but the results so far haven’t been encouraging.

Nigeria is known and associated with many bad things globally. Foreign and local media most times have a negative projection about the country’s economy. Things are most of the times, projected to get worse and negative predictions about the naira abound as well. This scares investors and most of them won’t want to put their money into the Nigerian economy when they should, causing a shortage of dollars in the foreign exchange market. Dollar scarcity in turn causes the naira’s value to fall.

“Made Abroad” Mentality of Nigerians

It goes without saying that a lot of Nigerians prefer imported goods to those made locally. We prefer to buy things made in foreign lands, which can easily be produced locally. It’s generally assumed that made-in-Nigeria goods are fake and of substandard quality. Until Nigeria starts producing standard goods and Nigerians have a different mentality, the demand for dollars will always be on the high and the naira will keep depreciating.

Nigeria needs to be stable economically, politically and socially for the currency to stabilize. Clashes between rival tribes, political instability and lack of definite economic direction all make the country look unstable to outsiders, disrupting foreign investors and investments.

These 5 issues need a long term solution for the naira to stabilize and stop depreciating against the dollar and other major currencies.

E
Metro How Does Inflation Affect the Economy And You?