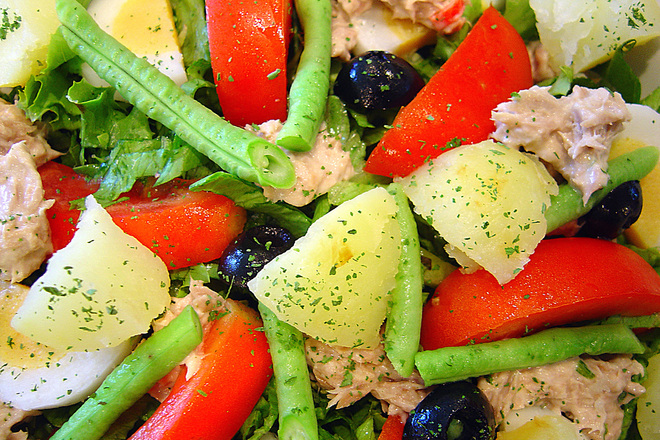 In our contemporary society, a very large chunk of common ailments such as obesity, diabetes, cancers and cardiovascular disorders can be linked to animal flesh and processed products. Little wonder such diseases are quite rare among vegetarian populations. Vegetarians are individuals who do not consume animal flesh and in most cases, animal products such as eggs and dairy products. Many people nurse a major fear of getting malnourished if they adopt a vegetarian diet. However, the National Library of Medicine stated that people who adopt a vegetarian diet can get all the nutrients they need provided they are careful in selecting a wide variety out of the available food options. Furthermore, it is quite interesting to note that up to 20 - 42% of India's population today is vegetarian.

A recent study by a team of UK researchers discovered that vegetarians were much less likely to develop different types of cancers when compared to meat eaters. An estimated 70% of all diseases, including 33% of all cancers are somehow related to diet. Most vegetarian diets are rich in powerful antioxidants that help to mop up harmful free radicals from the body system. This probably explains why they confer some protection against cancers of the breast, prostate, stomach, lungs and oesophagus.

Arguably, cardiovascular diseases including stroke, heart attack and hypertension remain leading causes of morbidity and mortality worldwide, killing an estimated 1 million Americans annually. Fortunately, however, a low-fat vegetarian diet has been shown to be the single most effective method to stop the progression of coronary artery disease (heart attack) or even prevent it in its entirety.

3. Cut Down On Your Weight

A Californian study found that overweight people who followed a vegetarian low-fat diet for 1 year lost up to 24 pounds within that year. Similarly, according to Cancer Research, UK, vegans and vegetarians put on less weight as they grow older compared to meat eaters. So, if you intend burning some fat to shed some extra weight, you should seriously consider incorporating more fruits and vegetables into your diet at the expense of meats and junk foods.

Scientists have observed that vegetarian diets tend to lower the levels of LDL ('bad' cholesterol) in the blood. According to a study published in the Journal of the American Medical Association, vegetarian diets reduced levels of the 'bad' cholesterol by approximately 29% which was comparable to a 30.9% reduction achieved with lovastatin. The diet included a combination of soy proteins, nuts, oats, barley and plant sterols. LDL cholesterol has been linked to numerous diseases such as stroke and heart attack.

Several vegetarian foods are rich in nutrients which can ease the symptoms of menopause, hence their benefits for women in the perimenopausal and menopausal phases of their reproductive life. For instance, soy which is a vegetarian diet has been shown to be the most abundant natural source of phytoestrogens (plant-based compounds which mimic the behaviour of oestrogen, the hormone that is often lacking during menopause). Other rich sources of phytoestrogens include apples, cherries, raspberries, yams and garlic. They all help to ease the passage of the woman through menopause.

According to the George Washington University School of Medicine, vegetarian diets can reduce the likelihood of developing diabetes by one half as well as enhance the management of already diabetic patients. This is understandable since vegetarians are much less likely to be obese, which is a major risk factor for type 2 diabetes.

Kidney stone (nephrolithiasis) refers to a condition characterised by formation of stones within the kidneys. Other parts of the urinary tract including the ureters, bladder and urethra may also be involved, sometimes leading to excruciating pain and bloody urine. Research has shown that stones are more likely to form in the setting of a low urinary pH. Fortunately, consuming more fruits and vegetables instead of animal protein tends to raise the pH of your urine and reduce your chances of kidney stone formation.

General Health What Can I Eat to Keep My Blood Sugar and Cholesterol Low? – Healthline