1. Smallest State in Nigeria
Of all the 36 Nigerian states, Lagos state is the smallest. It looks absurd but it’s actually true that this is the smallest Nigerian State. This is despite the fact that it hosts one of the most popular cities in Nigeria – Lagos City.

2. The Most Populous State in Nigeria

Though it is the smallest state in the country, Lagos remains the most populous state in the West African country. The country accommodates 1200 new people daily. 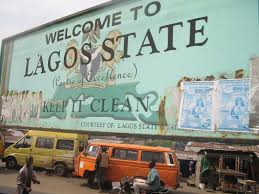 5. Fast Growing State in the World
Playing host to the city of Lagos, the state of Lagos is considered to be among the fastest growing states in the world. The city of Lagos is responsible for propelling Lagos state to an economic hub.

6. The Longest Bridge in Africa is from the state

Lagos state has the longest bridge in the continent. The bridge connects Lagos Island to the Mainland and it is 11.8km long.

The name is said to have been given by a Portuguese explorer, Rui de Sequeira when he visited the area in 1472. There are other affectionate names that Lagos is called though: Eko, Lasgidi, etc.

8. There Is Another Lagos In Portugal