9 Reasons Why Too Many People Are Pretending To Be Rich

But why would someone pretend to be something they are not? Even if you make a good living you are probably not what would be considered financially wealthy, yet you spend like you have unlimited resources. Pretending to be rich damages your finances now, and it inhibits your ability to save for your future. 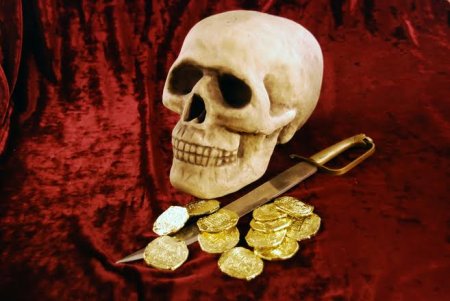 The Influence Of Pop Culture
Some people fall prey to television shows and movies and believe that everyone should own a new car every couple of years and take lavish vacations. The truth is that the cars and vacations are purchased on credit, and those bills are crushing any attempts at saving for a rainy day.

Keeping Up With The Joneses
When your neighbor comes home with a new car, you develop the sudden need to have a new car as well. Part of the problem is that the desire to keep up with your friends and family in terms of material possessions becomes a need, when it should only be classified as a want.

"Can't Take It With You"
Many people pretend to be rich when they are younger because they rightfully feel like it will be difficult to enjoy themselves in their later years as their health fails. The problem is that when you are old and frail, you are no longer able to generate an income and the money you could have saved when you were younger would come in really handy when you are unable to support yourself financially anymore.

Saw It On The News
The 24-hour news media has a huge influence on people, and that includes the people who feel that they have to pretend to be rich. After watching enough glamorous celebrities get the spotlight in the media, many people feel the desire to live that lifestyle and act like they are rich.

Shopping Makes Them Feel Better
There is a lot of credence to the idea that shopping can make a person feel better, but it can also make a person go broke as well. The emotional satisfaction that some people get from shopping when they feel depressed is something that will come back to haunt them when they have no money to live on later in life.

Look At Me!
There are many people who feel the need to be the center of attention, and the way they go about it is to buy nice clothes and drive nice cars. But when the bills come due later in life, it becomes apparent that the whole thing was a big waste of money because no one really cared about what kind of clothes others wear or cars people drive.

For Their Family
Just because you are pretending to be rich for what seems to be a noble purpose does not make it right. Some people pretend to be rich so that their children will have the very best of everything, and be the envy of their friends. But when those children move away and the money is gone, it becomes obvious that pretending to be rich was not a great way to help the family.

No Thought For The Future
Many people who pretend to be rich carry the irresponsible attitude that they will worry about retirement when they get to it. A good retirement requires planning, and having no plan for the future means having no funds when you really need them.

It Is Expected Of Them
A very small percentage of people grow up in affluent homes and are expected to maintain that lifestyle when they go out on their own. By the time the kids realize just how hard mom and dad worked to create that affluent lifestyle, they are already getting themselves deep into debt pretending to be rich.

For most people, just getting from paycheck to paycheck can be a struggle. But when you compound that struggle with the need to pretend that you are rich, then you are opting for short-term pleasures that bring long-term financial pain.