Nearly one in five students who sat for the August/ September 2016 final examinations of the Nigerian Law School, failed and will not be called to the bar, official results have shown.

The result contained in a statement signed by the executive director of the Nigerian Law School, Olanrewaju Anadeko, shows that 17.8 per cent of the student who sat in the last examination failed and will not be called to bar this November.

The figure represents 980 students out of 5, 517 who participated in examination. According to the statement, 4, 178 of the candidates passed the examination without any conditions while 359 of them had conditional passes. 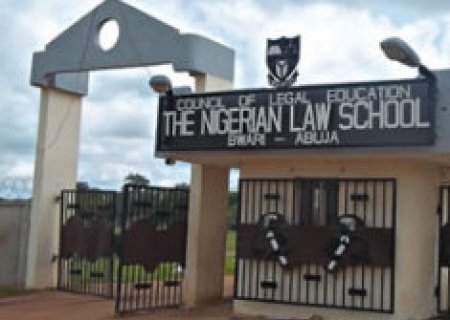 That means 75 per cent of the candidates passed without conditions, while 6.5 per cent had conditional passes. A similar examination conducted in April recorded 23.6 per cent failure rate, as 709 candidates out of 3, 056 of them who sat for that batch of the final examination from the NLS, did not make the pass mark.

Potential candidates to the bar must sit and pass the final examination by the school, while complying with other provisions of the Legal Practitioners Act to be qualified for the call to bar.