A Constitutional lawyer, Chief Mike Ozekhome (SAN), has faulted the Justice Oyebisi Omoleye-led Panel of the Court of Appeal that nullified the election of Governor Okezie Ikpeazu of Abia State, describing it as ‘fundamentally wrong’ and full of errors in Law.

Mr. Ozekhome, speaking at a Channels ‘Sunrise Daily’ pointed out that the Court of Appeal was wrong in nullifying the election of Abia State Governor, Dr. Okezie Ikpeazu, and declaring the candidate of the All Progressives Grand Alliance, Mr. Alex Otti as the winner of the election. 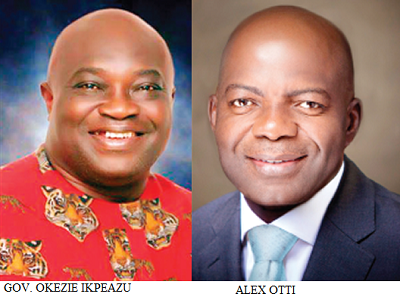 The lawyer noted that the Court of Appeal erred in Law by granting the Appeal of Mr. Otti who could not adopt his own written statement on oath at the tribunal and also by admitting in evidence, the card reader report from a witness who was not the maker of the document.

He also wondered how the Court of Appeal could give credence to the evidence of the APGA star witness, Mr. Ahamdi Nweke, who was only a collation centre agent and could not have been at the polling units where elections were alleged not to have held.

Ozekhomee reasoned that on the facts of the case before the Court of Appeal, it was fundamentally wrong for them to have declared Mr. Alex Otti as the winner of the elections and ordered his swearing-in.