A bill seeking to guarantee women equal rights with their male counterparts was, yesterday, thrown out by the Senate when it was presented for consideration during plenary.

The bill which was sponsored by Senator Biodun Olujimi representing Ekiti South, titled “Gender Parity and Prohibition of Violence against Women”.

Abike Dabiri was a 3-term member; Nigerian House of Reps (2003-2015) and currently Senior Special Assistant to the President on Foreign Relations and Diaspora has also reacted to the rejection of the bill by the 8th National Assembly 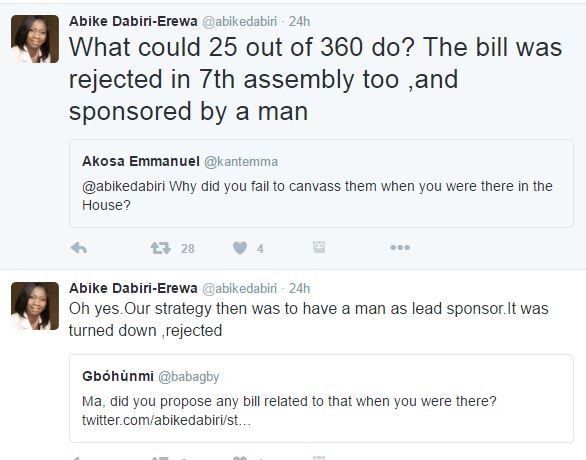 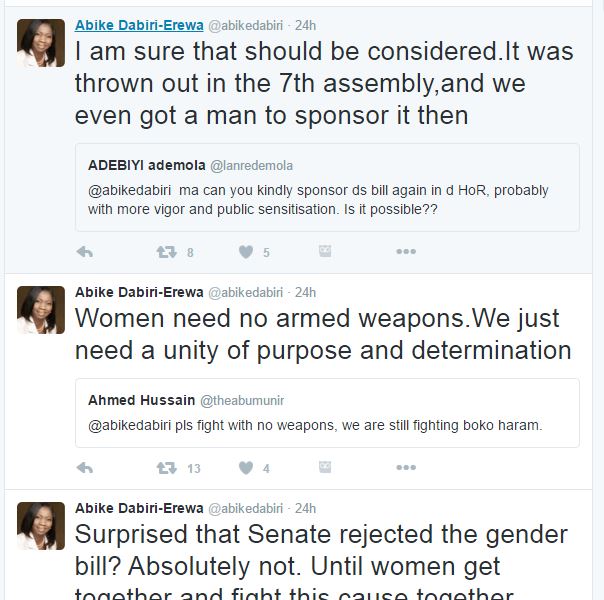 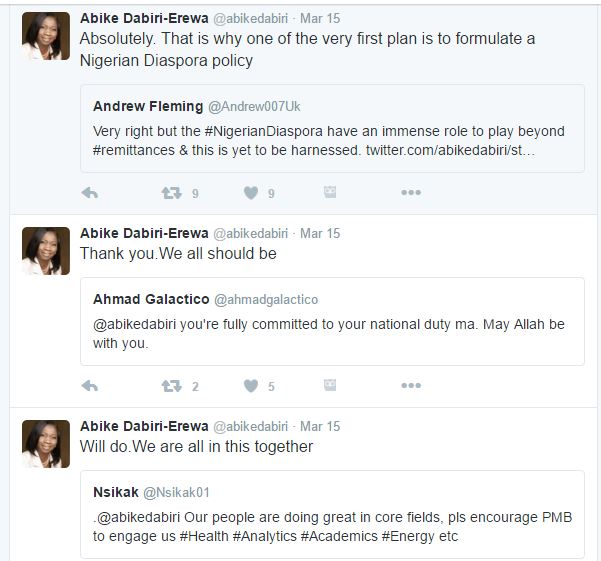