The Edo Government on Tuesday repealed the Act establishing the Customary Court of Appeal in the state, PM news reports.

Governor Adams Oshiomhole, who signed the Amendment Bill into law, said that the Customary Court of Appeal had ceased to exist in the state. 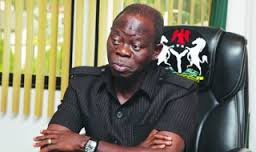 He said that with the development, the judges in the court were automatically transferred to the State High Court, thereby increasing the number of the State high court judges from 24 to 30.

He explained that more judges were needed in the high courts for quick dispensation of justice.

The governor noted that it was unthinkable that not less than 6000 cases were hitherto pending before only 24 judges of the high court.

Oshiomole said that the new high court judges would now have the opportunity of hearing diverse cases and not just the appeals from the customary courts and the area courts.