Metro African Presidents Meet To Save Continent Elephant From Extinction

African president and leaders will meet in Kenya on Friday to discuss how to save the continent’s elephants from extinction.

The inaugural summit of the so-called giants club will be led by the Kenyan President, Uhuru Kenyatta.

As well as heads of state, the conservation group will bring together business leaders and scientists.

Experts say Africa’s elephant population has fallen by 90% over the past century and warn that the animal could be extinct within decades. 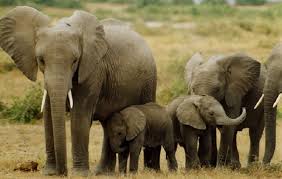 Among those expected to attend the summit are Ugandan President, Yoweri Museveni and President Ali Bongo from the West African nation of Gabon.

After the summit, Kenya will set fire to nearly its entire confiscated stock of ivory, 105 tonnes, and equivalent to the tusks of more than 6,700 elephants.

World Kenyatta jets off to Addis for IGAD summit on S.Sudan – Capital News