The Sole Administrator of Ajaokuta Steel Company Limited, Isah Onobere, said on Thursday that one of the 43 plants installed in the complex was capable of producing 600, 000 tonnes of steel annually and that the quantity could cover a 10, 000 kilometres of rail network across the country.

Onobere, who stated this at a public hearing organised by the Senate Committee on Privatisation, explained that the company requires N80bn put the plant in use at full capacity.

He explained that the firm would put together a business plan to the Federal Government to accommodate it in the Memorandum of Understanding recently signed with the Chinese government on the construction of two major rail tracks across the country.

He added that the Light Mill section of the plant, which would require N43bn to become functional, could produce 400, 000 tonnes of steel per annum at full capacity. 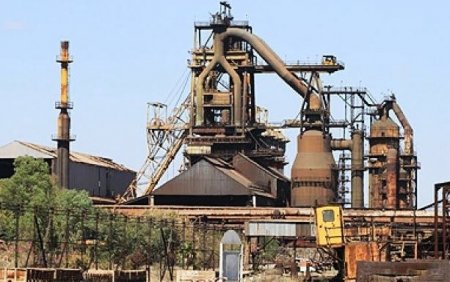 He also said that with an investment of the N43bn, the plant could generate an average annual income of N80bn.

Chairman of the Senate Committee on Privatisation, Senator Ben Murray-Bruce, commended the Former President Shehu Shagari’s administration for the foresight in establishing the sprawling complex, which according to him, could industrialise Nigeria, overnight.

He advised the Federal Government to involve the Ajaokuta Steel firm in its negotiations with the Chinese government which was expected to construct 8, 000 kilometres of rail network in the country, at the cost of $80bn.
He said what the government needed to do was to tell the Chinese government that the steel needed for the entire project could be produced in Ajaokuta and that the firm requires about $40m to produce the raw materials it needed.