Al Jazeera America, the American cable news outlet owned by Qatar-based Al Jazeera, plans to shut down operation less than three years despite spending heavily to break into the US market.

The cable news network will be phased out by April 30, according to a memo that was emailed to staffers Wednesday.

"As many as 700 staff members" could lose their jobs, CNN reported, citing unnamed sources. 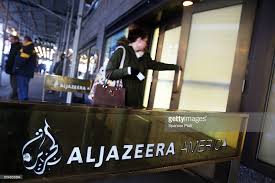 Al Jazeera Media Network, which is funded by the government of Qatar, launched the U.S.-based network in August, 2013 after buying Current TV, the cable news channel co-founded by Al Gore, for about $500 million earlier in the year.

The decision to go out of business was “driven by the fact that our business model is simply not sustainable in light of the economic challenges in the U.S. media marketplace,” AJAM CEO Al Anstey was quoted as saying in an AJAM report.