Curators
Oyo State House of Assembly yesterday announced the names of the 14 Commissioner- nominees forwarded to it by Governor Abiola Ajimobi. Also read was a list of eight members to constitute the State Independent Electoral Commission, OYSIEC. 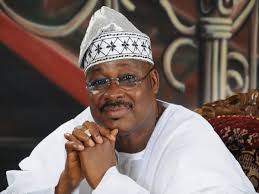 The names of the commissioners include the son of Soun of Ogbomoso, Mr. Oyewole Oyewumi; daughter of the Alaafin of Oyo, Taibat Adaba, and former Deputy Chief of Staff, Abimbola Adekanbi.

The Speaker, while directing all the nominees to submit 40 copies each of their curriculum vitae to the Clerk, on or before June 3, said they will be screened next week.