Metro Ambode is under investigation, says EFCC - The Cable

Curators
The Economic and Financial Crimes Commission (EFCC) says Akinwunmi Ambode, former governor of Lagos state, is under investigation.
Agents of the anti-graft agency raided the residence of the former governor on Tuesday.
Tony Orilade, EFCC spokesman, had told TheCable that the presence of the operatives at the home of Ambode was ‘’part of the investigation’’. 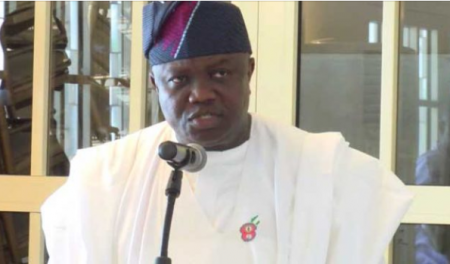