Lagos State Governor, Mr. Akinwunmi Ambode on Tuesday directed that stability test be conducted on all building constructed by the Lekki Gardens to ascertain their structural integrity, saying that any building found to be defective will be demolished

Guardian reports that Ambode, during a visit to the site of the accident on Tuesday, ordered that the entire estate be evacuated within 14 days, while the perimeter of the collapsed building site be completely cordoned off for security reasons. 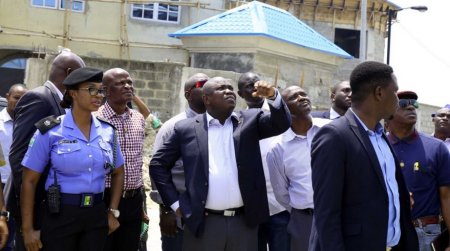 Ambode has also ordered that integrity test be conducted on all estates owned and managed by the Lekki Worldwide Estate Limited across the state, to prevent “them from killing other people.”