A new life photo has surfaced online of Amina Ali, one of the rescued Chibok girls from dreadly terrorist group, Boko Haram on May 19, 2016. The obviously-looking-radiant Amina was pictured carrying her baby, Safiya, who's grown chubby. 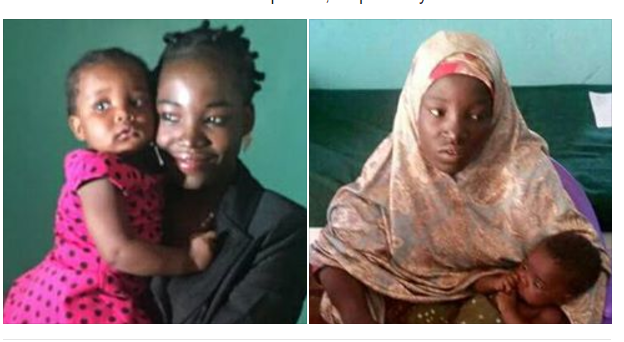 Amina Ali was found on May 19, 2016 in the Sambisa Forest area of north-east Nigeria more than two years after she was kidnapped from a school in Chibok by the Islamist militant group. She is the first of the 219 schoolgirls to be freed since the immediate aftermath of their capture.

The photo was shared on Facebook by Bukky Shonibare, one of the BBOG Campaigners. 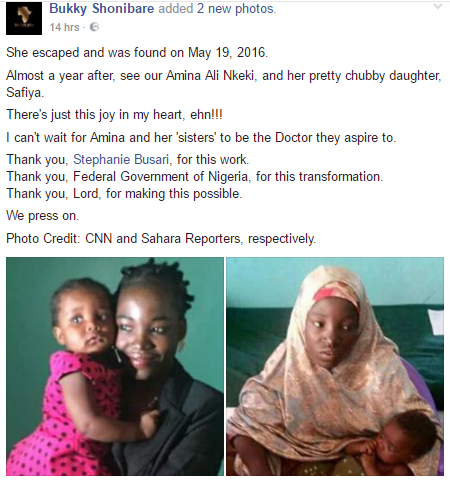 K
Metro Boko Haram members release video of now released BoA MD when he was in their captivity, say they released him because he is old – Linda Ikeji’s Blog