The rescue of two of more than 200 Nigerian schoolgirls abducted by the Islamist group Boko Haram from a secondary school in Chibok in northeastern Nigeria two years has thrown global attention onto Amina Ali and Sera Luka.

Residents poured on to the streets as news spread that troops had brought one of the abducted girls to the village.

Some of those who saw the girl recognised her instantly and sent for her mother to come. On sighting each other mother and daughter ran into an emotional embrace.

She was 17 when she was abducted, now she is 19, “married” to a Boko Haram fighter and carrying his four-month old child. 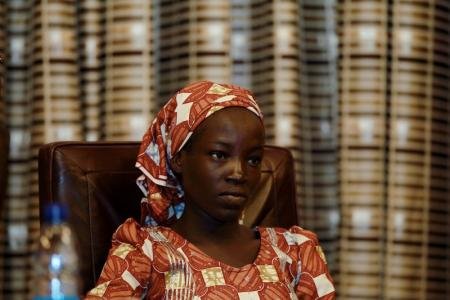 Here are few things we know about the young girl so far...

- the girl who was found two days ago near Damboa in Nigeria's northeast with a four-month-old daughter and a suspected Boko Haram fighter claiming to be her husband.

- President Muhammadu Buhari vowed at a news conference on Thursday that Ali would continue her education and condemned the brutality of forced marriage.

- Amina Ali was one of 13 children in her family (source: The Murtala Muhammed Foundation)

- The HIV test conducted on her returned negative

- She has since united with her mother in Chibok community