Said to be illegally undergoing renovation, a health facility at Obada area of Ijebu-Igbo in Ijebu North Local Government Area of Ogun State has been pulled down on Tuesday by Governor Ibikunle Amosun-led administration. The facility, according to Nigerian Trubune was undergoing renovation through the effort of Senator Buruji Kashamu, representing Ogun East Senatorial District at the National Assembly.

Journalists gathered that the facility was being renovated without duly approval from the state government, which hitherto, formed the reason behind the demolition carried out in the presence of the state commissioner for health, Dr. Babatunde Ipaye and the council boss, Mr. Adebayo Adekoya. 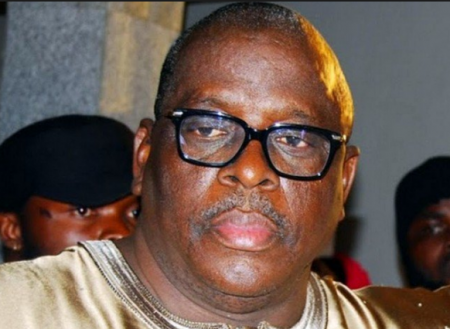 Adekoya who spoke with journalists said the lawmaker failed to follow due process before embarking on the project, while alleging that the contractor handling the project chased out staff of the hospital and patients, as well as throwing out medical equipment.

He said, “About two weeks ago, there was a signboard that was erected around the health centre and it was reported to me and I said, no problem if anyone wants to put up any building they will inform us.

“But to our surprise on Friday,immediately after the closing hours, they started pulling down the health centre without notification.

“When they reported to me I was not around thinking that letter for approval might bé on the way but I never saw any notice or letter, only to discover that they had already began reconstruction on the facility.

“There is no harm in doing a constituency project ‎but the structure in question is under my juridiction (Obada health centre).

Asked to comment on allegation that the facility was in bad state, Adekoya, denied such claim saying the health center is a pioneer health center in the council area.

The council boss said, “It a lie that we abandoned the facility, because that is our pioneer health centre. Everything there is in good condition. We have a solar machine there, the place is not abandoned for anything.”

E
Metro Italian man with Coronavirus went to Ogun state before he was brought to Lagos where he was diagnosed- deputy gov, Obafemi Hamzat reveals (video) -LIB