The party also warned those nursing the plan to postpone the 2015 general elections to perish the thought, saying Nigerians will not accept, under any guise whatsoever, any scheme by desperate elected officials to get tenure elongation by subterfuge

In a statement issued in Lagos on Sunday by its National Publicity Secretary, Alhaji Lai Mohammed, the party said those who are flying the kite of pushing forward the election ostensibly because the nation is at war are trying to imperil the nation's democracy.

''Election is the lifeblood of democracy, the mechanism by which modern representative democracy operates. It is the only way for the citizenry to renew and refresh the governing process so they can get the most benefits out of democracy. Therefore, anyone that tries to sabotage this mechanism is aiming a dagger straight at the heart of democracy,'' it said.

APC said the statement credited to Senate President David Mark, that ''there is no question of elections, it is not even on the table now. We are in a state of war,” reflects the thinking in government circles, even though the Senate President, having run into a wall of opposition over his unfortunate statement, has tried to step back from the comments.

''We in the APC saw this coming, and we have said it at several fora: That the Jonathan Administration has deliberately allowed the insurgency in the North-east, an opposition stronghold, to fester so he can cash in on it to get re-elected. Simply put, the Administration has been playing dirty politics with Boko Haram, at the expense of the lives and property of the citizenry and the well-being of the nation.

''However, the Administration is being too clever by half to think that Nigerians will reward it for its failure in its main reason for existence, which is the protection of the welfare and security of the citizens. There is just no way this government will be allowed to profit from its ineptness and its conspiracy to prolong an insurgency that should have ended a long time ago,'' the party said.

It said the statement by INEC Chairman Attahiru Jega, that the commission has started preparing for elections even in the North-east, represents a ray of hope, but warned the electoral body to remain steadfast and not to cave in to what will be massive pressure from the Jonathan Administration and its gong beaters to scuttle the 2015 elections.

APC said just like Jega has said, countries like Afghanistan and Iraq successfully held elections even though they are in a state of war, hence there is no reason why Nigeria cannot organize elections because of the insurgency in a part of the country.

''We know the Jonathan Administration is mortally afraid to face the electorate, having failed woefully to deliver the dividends of democracy to the people. We know many elected officials are also aware that they will be punished by the electorate because they have failed them (the electorate). It is therefore easy for them to queue behind any plot to ensure the 2015 general elections do not hold as planned, so they can get tenure extension.

''However, we have got news for these saboteurs: Nigerians have seen through their game and will not allow them to succeed in endangering our democracy. 2015 elections must hold as scheduled. This is not negotiable,'' the party warned. 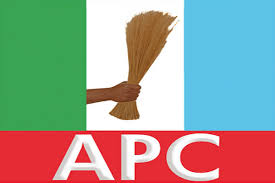