Aliyu Madaki, a member of the All Progressives Congress, APC representing Kano state in the House of Representatives has accused members of the Peoples Democratic Party, PDP in the house of collecting $50,000 bribe to kill the probe of the $9.3million arms deal.

The House of Representatives on Wednesday directed its Committee on Ethics and Privileges to probe the alleged $50,000 bribe.

Deputy Speaker, Emeka Ihedioha, said that Madaki would appear before the Ethic and Privileges Committee to prove his allegation.

Ihedioha, who described Madaki’s allegation as "grievous and regrettable", said he (Madaki) risked suspension if he failed to prove the allegation.

"This matter is referred to the House Committee on Ethics and Privileges for investigation and to report back in two weeks," Ihedioha stated. 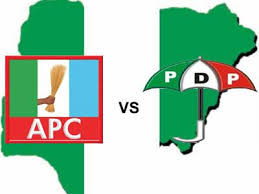