Governor Rauf Aregbesola has renamed a major road in Osogbo, the state capital, Olaiya-Ita Olokan as ‘Workers’ Drive’ to honour workers in the state.

The road, which was built by the administration of Bisi Akande, is currently undergoing re-construction.

The governor also used the occasion to explain that the ‎Independent Corrupt Practices and other Related Offences Commission (ICPC) has confirmed to the state through a letter that it never indicted the state on the disbursement of the bailout loan. 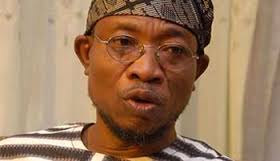 Aregbesola noted that contrary to insinuations that his government diverted the bailout funds, the ICPC had written him to clarify that it never indicted Osun State.

Politics I Have Not Collected Salary Since I Became Governor, Says Aregbesola – Sahara Reporters