Three of the suspected armed robbers who invaded the Lekki, Lagos home of Nollywood actor, John Okafor, popularly known as Mr. Ibu over the weekend, have been arrested by Lagos police command.

Mr. Ibu confirmed the arrest to E-Daily when he was contacted yesterday, adding that the police have already commenced investigation into the matter.

He revealed that two of the three arrested suspects were picked by the close circuit camera,CCTV, which he installed in his home. 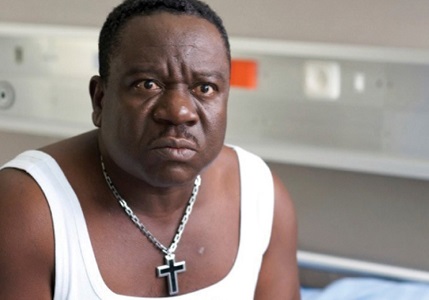 According to the comic-actor who’s currently in Enugu, the bandits invaded his home over the weekend, carting away property and cash worth more than N14.3 million.

“ My wife told me that the operation started at about 3am and lasted till about 4:25am on Saturday morning after which they left with all my property and cash,”Mr.Ibu narrated.