The Chief of Army Staff, Lieutenant General Tukur Buratai, said yesterday in Port Harcourt that Nigeria was confronted with series of threats.

He also gave reasons for the Crocodile Smile and Python Dances military operations.

In his address at the executive session of the 13th All Editors’ National Conference 2017 in Port Harcourt, Rivers State, Buratai, who was represented by the General Officer Commanding (GOC), 6 Division, Nigerian Army, Port Harcourt, Major-General Enobong Udoh, disclosed that the Nigerian Army decided to embark on Operations Python Dance II and Crocodile Smile II in the South-east and Southsouth geopolitical zones of the country in order to tackle rising challenges of militancy, kidnapping and pipeline vandalism.

He said the ongoing Operation Mesa in states in the North and the Middle Belt was aimed at tackling challenges of cattle rustling, herdsmen-farmers clashes and kidnapping.

Buratai said the exercises were aimed at focusing the personnel to relative professional scenarios as against stimulated training sessions.

He said: “Our country is faced with a plethora of threats ranging from

1. Boko Haram insurgency in the Northeast 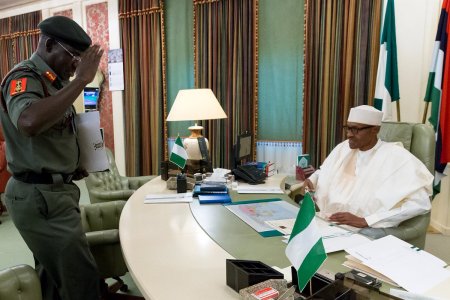 13. activities of IPOB and other separatist groups

C
Metro RIP! Full List Of Those Who Died In The Military Plane Crash Involving The Chief Of Army Staff – Naijaloaded