Chief of Army-Staff, Lt. General Tukur Buratai yesterday admitted that the suspected Fulani herdsmen believed to be responsible for brutish attacks on some communities in the country may have affiliation with the Book Haram terrorists. 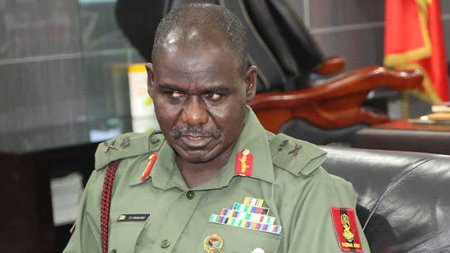 According to the Guardian, Buratai said one might not be too far from the fact that some of these herdsmen that are attacking communities across the country may have some affiliation with the Boko Haram terrorists.

He said this when he visited Ogun state governor, Sen. Ibikunle Amosun in Abeokuta. The Army chief pleaded, “Let’s report quickly, movement of suspicious persons carrying arms especially. If you suspect any individual within your community, we should be able to report immediately.”