Leader of Niger Delta Vigilante, Chief Ateke Tom has disassociated himself from the Movement for the Emancipation of the Niger Delta, MEND.

Tom said there was no time he took a decision under the aegis of MEND to endorse Governor Seriake Dickson for a second term. 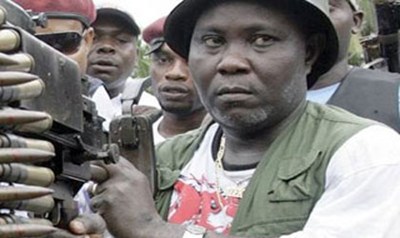 The Niger Delta freedom fighter, in a statement in Port Harcourt, Rivers State, yesterday, said he was shocked to be listed among those that endorsed the governor for a second term under the banner of MEND in several online sites.

A statement by his media aide, Mr Joshua Opia, said Tom believed that power belongs to God, adding that the Independent National Electoral Commission, INEC, should ensure that it conducts a free and fair election in Bayelsa State.

Politics What Okowa should do for 2nd term —Mulade - vanguard news