Curators
The son of former head of state Ibrahim Babangida, Muhammed, has finally confirmed the illness of his father. Muhammed was speaking about his father’s ill health to encomium.ng. 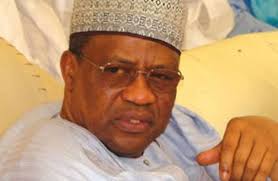 He noted that Babangida is still recovering after a corrective surgery recently as a result of radiculopathy disease. Meanwhile, he dispelled fears over the current health status of the former military dictator.
The son of former president said: “It’s nothing new that IBB has radiculopathy, everybody knows that. But he has just gone through a corrective surgery and he’s recuperating at the moment. And if you will reason with me, being an old man it will take some time for the surgery to heal. “Even, he’s supposed to be at home resting. But he had to attend the valedictory service for the former Chief Judge of Niger state because of his relationship with him. That’s the reason he stepped out few days ago.”
The former army general, who is popularly called “IBB,” was hospitalized in Germany for two months in 2014. Babangida’s ailment was not been disclosed. IBB was down with ailment relating to a chronic back pains which he earlier had surgery in Germany, making him to be seriously ill. His illness became public last week when he attended the valedictory dinner for Justice Fati Lami Abubakar, the former Niger state chief judge, and was aided out of the venue before the end of the event

E
Politics Hate Speech: “I am surprised that this bill has resurfaced” - Babangida - LIB