BBC Africa has a piece on the Nigerian flag. 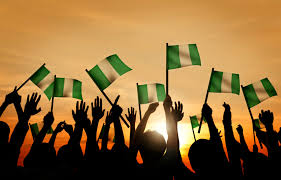 On it's homepage the BBC wrote: A boring flag?

As New Zealand takes another step towards choosing a new flag, we discussed the issue of flags on Newday. And presenter Nkem Ifejika, who was brought up in Nigeria, had some tough words to say about his country's flag.

The flag designed by then student Michael Akinkunmi, was chosen in a competition held in 1959 and officially hoisted on October 1, 1960 after Nigeria became independent from Britain. The green bands symbolise the land abundant with natural wealth of the country while the white band stands for unity and peace

It's an insult quite right. But, is the Nigerian flag not due for a review truly?