Sports Be Ready To Play My Style Or Quit; Klopp Tells Liverpool Players

Curators
The new Liverpool manager, Jurgen Klopp, has fired his first shot at his inherited players, saying they must be prepared to implement his high pressing game or face the exit doors. 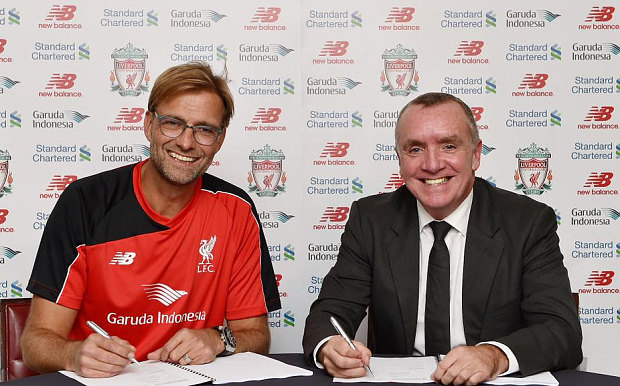 Klopp became Brendan Rodgers' successor after the German tactician was unveiled by the club's management at a media conference on Friday, with high hopes of restoring the Anfield side past glories.

Klopp, who left his bundesliga side last summer said he's is not one of those big-mouthed coaches who will promise you the moon at their unveiling, but assured the club and the players that his performance on the field will speak for him.

"I am not the guy who is going to go out and shout, 'We are going to conquer the world' or something like this," Klopp said.

"But we will conquer the ball, each time. We will chase the ball. We will run more, fight more."

Dortmund won two Bundesliga titles under Klopp, who also led them to the 2013 Champions League final, and the 42-year-old said his pressing tactics were not a proposal, rather "a law"

"You have to do it and you will. That is what we all have to learn, maybe," he said.

"I'm only interested in 100 per cent of each player. Now we have to work on that."

Klopp said he wanted his Liverpool to develop into "a real special team", but feels they need their own style.

"The only thing I need is players that want to help the team. They have to listen to what I say," he added.

"That is very important because I believe it is better to have 11 players do the same thing wrong than everybody doing what they want. We have to do it one way and that is my way.

"Now we cannot talk about football philosophy and ball possession, playing like Barcelona, playing like whoever. No, this team needs to create their own style." goal