Dancehall singer King Beenie Man has announced that he has contracted the deadly Zika Virus.

The Grammy Award-winning Jamaican singer made the revelation via Instagram while explaining why the Canadian Government denied him visa to perform at Drake’s OVO concert. He also explained that e was infected with dengue virus by same mosquito that gave him the zika. 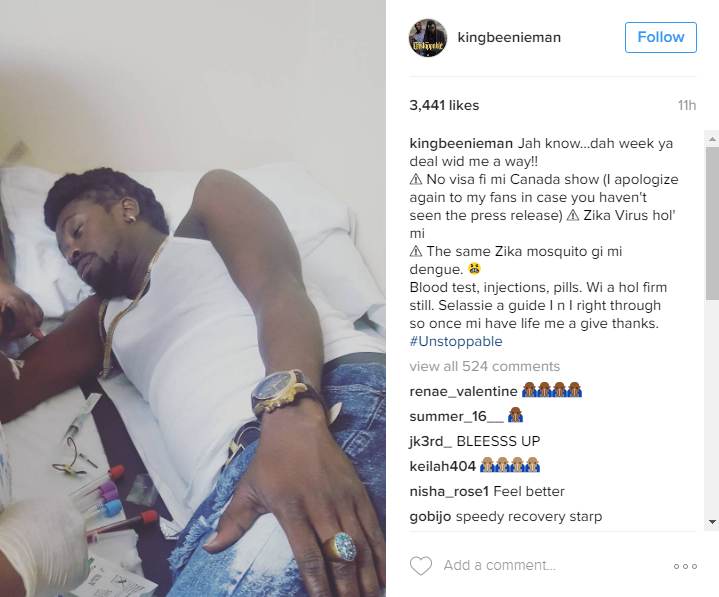