Senator Ben Murray Bruce, representing Bayelsa east senatorial district, had faulted Nigerian senators salaries and allowance and promised to look into the issue when he assumed the position of a Senator.

But in a tweet response in 2017, the Senator queried someone that asked about his take home pay. 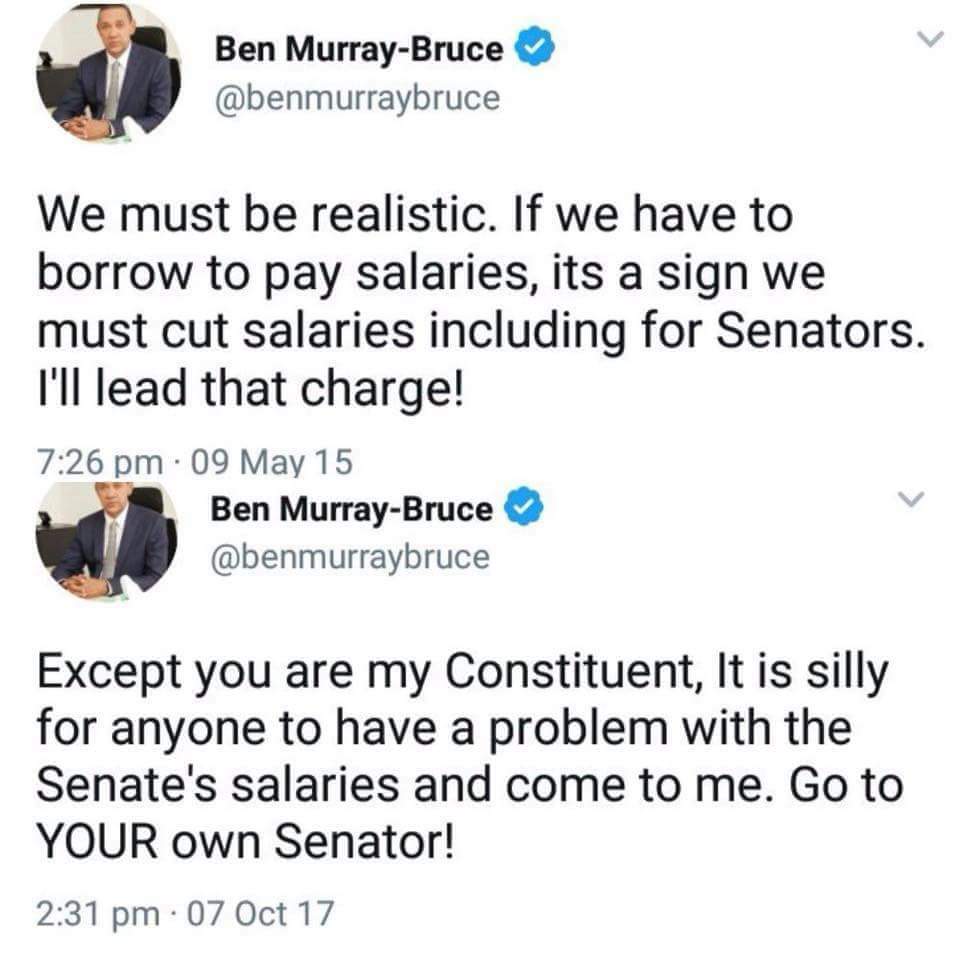