Not so long ago, the final of the Carabao Cup (formerly the English League Cup) took place. Teams from the English Premier League — Chelsea and Liverpool — met in London. Their rightful leaders are the best players in Africa. The current soccer scores confirm the high status of these players.

The match took place at the famous Wembley Stadium. Paradoxically - the game was sharp-attacking, but ended without goals. In the penalty shootout all 11 Liverpool players were accurate, ang the last shot of the London goalkeeper flew away into the stands - 11:10 in the use of the merseysiders. The determination to win the first trophy was not hidden from the fans, so they continue to be proud of their favourites. Staying up to date with the latest news from the world of competitions is easy thanks to regular updates of all scores of latest soccer matches.

Among the main stars of the game, it is worth highlighting:

Kepa, who replaced Edouard Mendy, didn’t live up to the expectations of Chelsea’s manager, but this didn’t become a stumbling block for the team. 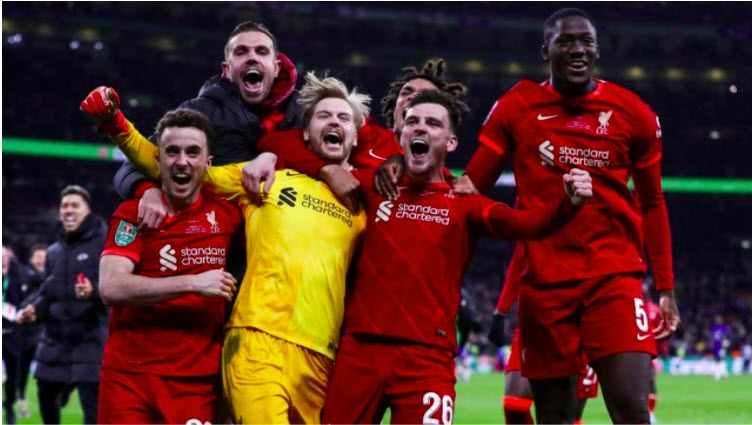 Achievements of African players in the final match of the Cup​

The results of the game were a real surprise. The match of recognized leaders of the Premier League standings has become a confrontation between African players. On the one hand, these were Mohamed Salah and Sadio Mane in the Liverpool attack, and on the other, Edouard Mendy at Chelsea goalposts. It is noteworthy that all these players were the main players of the African Cup of Nations final a month ago.

The match between the national teams of Senegal (with Mane and Mendy in the main team) and Egypt (Salah in the attacking line) ended with a score of 0:0, and the Lions of Teranga won in the penalty shootout. Thus, Sadio Mane won two major tournaments within one month, while Edouard Mendy and Mohamed Salah received one gold and one silver medal each.

The victory was a testament to the excellent form of the Reds since the beginning of this year. Perhaps the team will be inspired by their achievements and will be able to compete for success in the Champions League, FA Cup and take first place in the standings of the Premier League for the first time since 2020, beating Manchester City.