Martins was injected into the Eagles team last Tuesday when Nigeria defeated Swaziland in the second round return leg of the recently concluded Russia 2018 World Cup qualifier in Port Harcourt.

Simon Moses and Efe Ambrose saved Sunday Oliseh's blushes with two second half goals to reach the final round of the World Cup qualifiers. The first leg in Lombaba on Friday ended in a barren draw.

The 20 teams, who qualified from the second round, will be grouped into five groups of four. The champions of each group will clinch qualification for the football’s global showpiece.

Former Nigeria defender Babalade, who hailed the Eagles’ strength of character in the encounter, lamented Oliseh failed to bring out the best in Martins. Former Inter Milan and Newcastle forward Martins replaced Russia-based Ahmed Musa in the second half.

According to the Senegal ’92 Africa Cup of Nations bronze medallist, Nigeria would have made light work of Swaziland in the first half if Oliseh had started Martins in the central striking role, with Watford scoring sensation Odion Ighalo playing behind the Seattle Sounders star.

“Oliseh should stop playing Martins as a midfielder,” the former Shooting Stars player told our correspondent on the telephone on Tuesday.

“Martins struggled to make an impact because he was playing in a position he is unaccustomed to. He also played as a midfielder in the first leg and struggled.

“Ighalo is quick. He’s a good passer of the ball. Ighalo should play behind Martins in subsequent games.

“We won’t be struggling to score goals with Martins playing his normal role. We should not waste him in the midfield.”

Babalade praised Oliseh for benching some big names in favour of relatively unknown players in the Port Harcourt clash.

He added, “The team will improve with games. I believe Oliseh will give us a team capable of qualifying for the World Cup.” Punch 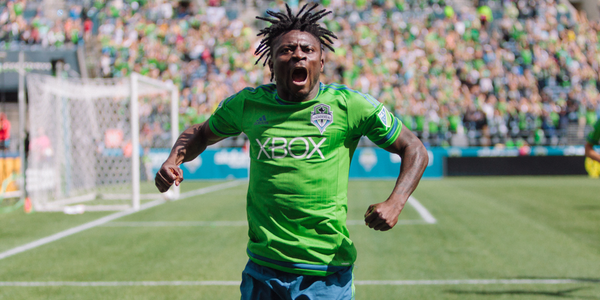