Secretary to Borno State Government (SSG), Alhaji Usman Jidda said, on Tuesday, that the state government decided to allow the IDPs return to the town three years after they were sacked by Boko Haram after reviewing the security situation in the area. 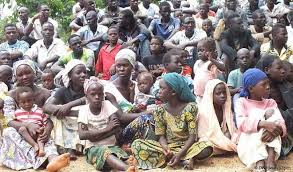 Aug 20, 2020
Chinedu Iroka
C
C
Metro A lie from the pit of hell – FFK attacks Borno state governor, Babagana Zulum, over his claim that some Christians are members of Boko Haram – LIB