Security operatives have demoblilised materials suspected to be Improvised Explosive Devises (IED) planted near the office of the Borno State Pilgrims Welfare Board in Maiduguri.

According to Vanguard, the Public Relations Officer of the Borno State Police Command, Mr Victor Isuku, made the disclosure in an interview with newsmen in Maiduguri on Monday. 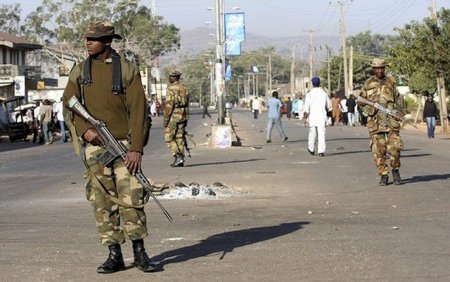 He said that the IEDs, which were planted by people suspected to be members of the Boko Haram terror group were demobilised by a joint security team.

“I can confirm that it was a joint police/military operation that demobilised the IEDs but thank God, no live was lost or injuries recorded, “Isuku said.