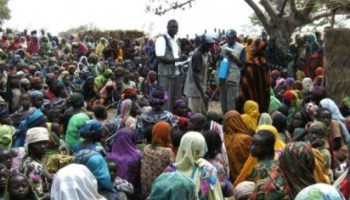 They alleged that they had not been provided with food for more than three weeks.

Daily Post reports that the action became violent until arrests were made by security operatives.

An IDP, Bafu Goni who spoke with Daily Post correspondent said that five vehicles belonging to some non governmental organizations were vandalized during the protest.

“The protest was a last resort as all efforts to resolve the matter peacefully proved impossible,” he said.

“The arrested persons were released, and civil society groups have assured that they will take up the case to the relevant bodies,” Goni added