Politics Boss Gida Mustapha: 10 Things You Should Know About The New SGF

President Muhammadu Buhari Monday approved the appointment of Boss Mustapha as new Secretary to Government of the Federation (SGF).

The appointment of the new SGF follows the sack of Babachir Lawal who has been on suspension.

Here are ten things you need to know about the new SGF:

2. He is a lawyer, management consultant, politician, businessman and boardroom guru of considerable repute

4. He earned his Bachelor of Law (LL.B) from the Ahmadu Bello University, Zaria in 1979 and was called to bar in 1980. From 1980 to 1981, Mr Mustapha did the compulsory National Youth Service Corps (NYSC) – Directorate of Legal of legal Services at the Army Headquarters and was in charge of review of Court Marshall Proceedings.

5. After his National Service, he joined Sotesa Nigeria Limited, an Italian consultancy firm, as an Executive Director in charge of Administration, leaving in 1983 to join the prestigious law firm Messrs Onagoruwa & Co in Lagos.

6. He was a member of Interim Management Committee (IMC) of the defunct Petroleum (Special) Trust Fund (PTF), serving meritoriously from 2000 to 2007.

At the PTF, he was responsible for production of an up-to-date comprehensive project and programme report, including location, coverage and whether performed, performing or abandoned production of final report of Assets and Liabilities, examination of the Administrative structure and cost effectiveness of pf Projects and Services among other duties. 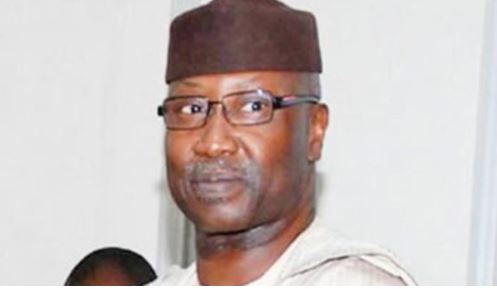 7. He was also involved in preparation of varied and miscellaneous banking documents such as Debentures, Guarantees, Mortgages, Bonds and Loan Syndications.

8. He was the Deputy National Chairman of the defunct Action Congress of Nigeria from 2010 to 2013. In 2007, he again played a prominent role, serving as the Deputy Director General of the party’s Presidential campaign Organization. His services remained in high demand after the fusing of CAN joined forces with other parties to form the All Progressive Congress (APC). He was a member of NCC and Secretary APC Presidential Campaign Organization Mobilization (2015) and member, APC Transition Committee (2015). He is also a member, APC Board of Trustees.

Politics Boss Mustapha: I am the least qualified for office of SGF – TheCable