A source confirmed the attack to TheCable.

He said the security post is located just 100 metres to the house of Jonathan.

He said the gunmen made an attempt to snatch a gunboat around the area which is near a creek.

He said soldiers stationed around the residence of the former president repelled the intruders. 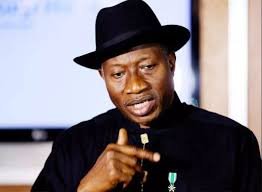 Metro Photos of GEJ and Patience as they visit wounded officer during attack on their home in Otuoke – Legit.ng