Politics Buhari Reveals Why He Is Slow

President Muhammadu Buhari on Friday responded to criticisms on the alleged slow nature of his administration, saying he adopted the style deliberately so that he would not make mistakes.

According to a statement by his Senior Special Assistant on Media and Publicity, Mallam Garba Shehu, the President gave the explanation while receiving a delegation of Women In Politics Forum at the Presidential Villa, Abuja. 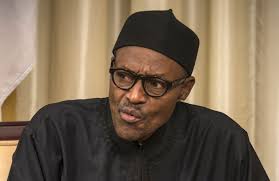 “People say we are slow. We are trying to change structures put in place by our predecessors in office for 16 years.

“If we hurry it, we will make mistakes. That will be a disaster,” he said.

The President said the proposed budget proposal will boost employment and manufacturing.

He reassured that by the end of the second quarter of the year, the positive impacts of the budget would be visible nationwide.
P

Sir the the point is the job you are elected for is not for slow thinkers. Is an office in which you will be working with your team and I refuse to believe that your team is made up of slow workers or thinkers.

I advice you stop howling Jonathan or your predecessor and take full responsibility. Our economy is in a mess and is hurting Nigerians.

The job you were elected for is not meant to be easy. American president Barrack Obama inherited one of the worst economy in United States history. He fixed it without yelling.

And as an ex-hard core General like yourself. Which you Used to be. I can understand how difficult this must be for you in democratic Nigeria.