Senate President, Bukola Saraki has reacted to the Supreme Court ruling that he must face corruption trial at the Code Of Conduct Tribunal.

Read the press statement below..

After listening to the ruling of the Supreme Court in the appeal he filed to challenge the process of arraigning him before the Code of Conduct Tribunal, Senate President, Dr. Abubakar Bukola Saraki hereby states as follows: 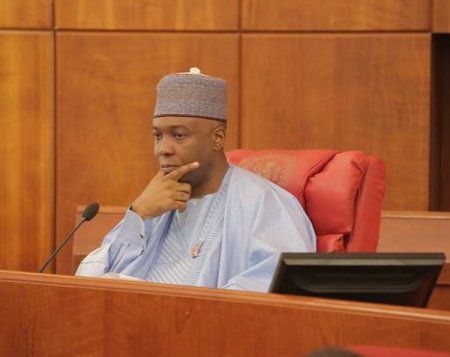 1. He expresses disappointment over the Judgment of the apex court in the country on the six grounds of his appeal
2. He however will like to put it on record that the facts of the substantial matter are not before the Supreme Court since the apex court was only invited to rule on some preliminary issues in the process of commencing the trial.
3. The Senate President believes he will have his day in the court to prove his innocence of the charges preferred against him during the trial proper.
4. Dr. Saraki will like to thank everyone who has expressed support for him from the beginning of the case.

He assures everyone that at the end of the day truth will prevail and justice will be served.