Curators
Nigeria’s chief of army staff, Tukur Buratai has disclosed why it’s been difficult to completely wipe out insurgency in the North-East region of the country.

In an interview with Daily Trust, the Army Chief stated that the war against Boko Haram …

“Insurgency is not what you defeat and it would just fizzle out; they would revert to other tactics. That is terrorism.

“They will promote propaganda, to the effect that all the institutions of government would be seen to be ineffective. This is what they are doing. They are exploiting the fault lines in our economic and political endeavours to expand the gulf of so-called discord and acrimony amongst various ethnic and religious groups.

“Why are they doing this propaganda, blocking the road and capturing individuals because they are of a particular religion? Unfortunately, they murder those individuals and send it to the world. These are propaganda strategies of the terrorists.

“Looking at it from this perspective, you would see that it is a complex operation you cannot wish to just go.

“At the national assembly, I said indoctrination of the citizens did not start in 2009, it started much earlier. And it grew until it reached that point where they took arms against the state.

“It is an indoctrination that has taken roots between 10 and 40 years back. And for you to de-radicalise an individual to bring him back to sanity, you think it would just take you three years, four or 10 years?

“These are people that were brain-washed to believe that when they die they would go straight to heaven. And you think they would believe in you to bring them back to mix with people they refer to as unbelievers? You have to look at this context.”
Click to expand... 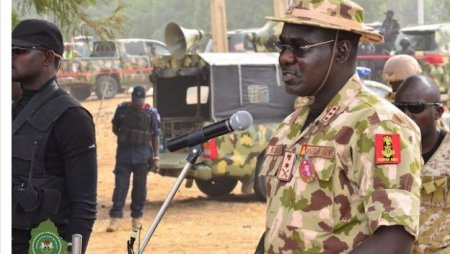