A popular Burundi comedian known as “Kigingi” was arrested this week after poking fun at the president, his family said on Friday. 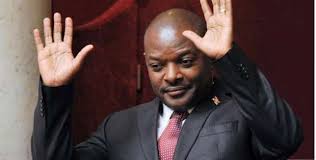 He was apprehended at a hotel in Muramvya, 50 kilometres (31 miles) east of the capital, while on a promotional tour for a beer company.

“He was transferred to Bujumbura and is being held in the SNR dungeons, but no one has been allowed to see him”, said a concerned relative, who did not want to be named for fear of repercussions.