The Chief of Army Staff, COAS, Tukur Buratai has stated that Boko Haram terrorists, having been defeated on the field, have now migrated to the cyber space and the internet.

The Army Chief spoke on Tuesday against the backdrop of an online publication generating controversies surrounding what has now been tagged Dubai properties. 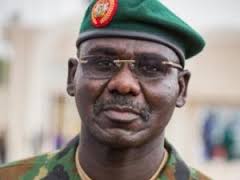 While noting that there is no need for his reaction to the story since the Federal Government has already reacted, Buratai asserted that the army will trail the terrorists who have migrated to the internet and defeat them there.

He was briefing journalists on this year’s Army Day celebration.